Turnover and training numbers increase as industry recovers from the pandemic 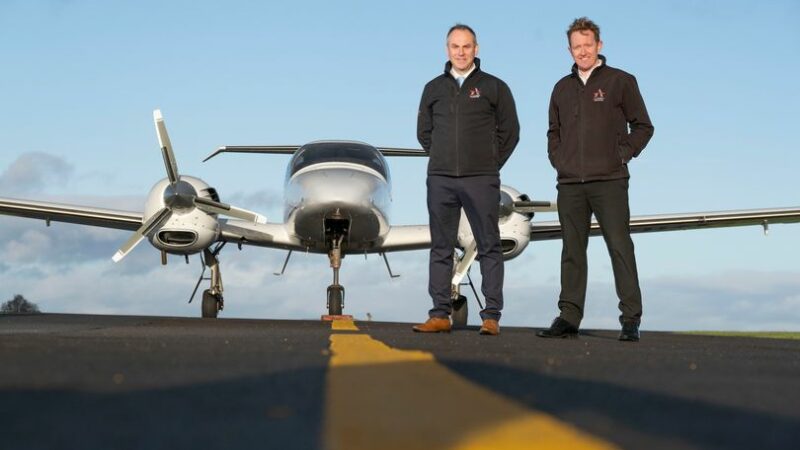 ACS Aviation has invested £550,000 to purchase two additional aircraft, to service the continued growth of its pilot training programme.

When the two new aircraft arrive this summer, the flight training and aircraft maintenance business will have 22 planes operating from its base at Perth Airport.

Plans are also being made to add a further six Tecnam aircraft to the fleet – at a cost of £1.65m – over the next 18 months.

ACS currently has 352 students training towards a pilot’s licence, with 120 pilots graduating from the flight school in financial year 2022/23 – a 20% increase on the previous year.

ACS graduates are now gaining employment with airlines including Ryanair, Wizz Air, Jet2.com and Loganair, as well as private jet operators throughout the UK.

ACS managing director Graeme Frater said: “We are Scotland’s only European Union Aviation Safety Agency flight training academy, which has helped us to attract students from across the UK and Europe.

“Combine this with our analysis of published data from the leading aviation regulatory bodies which shows that the UK and Europe will encounter a significant shortfall of pilots over the next decade, and we anticipate increasing numbers of students travelling to Perth to engage in pilot training over the coming years.”

To cope with the increase in pilot training and maintenance activity, ACS has seen staff and contractor numbers increase from 55 to 60 over the past year, with further recruitment planned during this year.

As the airport operator at Perth Airport, the business is also responsible for operating the control tower, airport fire service and aircraft refuelling. During 2022, the airport saw a 22% increase in aircraft movements and additional revenue from aircraft fuel sales.

ACS Aviation has been training pilots since 2007 and has partnerships with Loganair, Jet2 and Flybe.

Posted in Aircraft For Sale News

To provide the best experiences, we and our partners use technologies like cookies to store and/or access device information. Consenting to these technologies will allow us and our partners to process personal data such as browsing behavior or unique IDs on this site. Not consenting or withdrawing consent, may adversely affect certain features and functions.

Click below to consent to the above or make granular choices. Your choices will be applied to this site only. You can change your settings at any time, including withdrawing your consent, by using the toggles on the Cookie Policy, or by clicking on the manage consent button at the bottom of the screen.