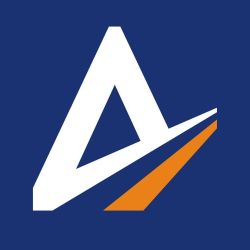 The BASIC course gives you:

SUPPORT OF AN EXPERIENCED PILOT INSTRUCTOR

Your instructor will advise you on flight sequences as well as the logic behind piloting an aircraft. You will learn why you must warm up the engines, monitor your plane’s flaps, when you should switch on autopilot, & much more. By the end of your first session, you will have an understanding of what the crew of a passenger airliner does in various situations.

Understanding the essence of piloting operations helps many people cope with aerophobia & uncontrollable panic attacks. Our pilot instructors are calm, collect, & a symbol of real professionalism. Visitors will feel confident in the presence of our pilot instructors & support staff. We pride ourselves on being role models for everyone, inside & outside of aviation.

IMMERSION IN THE WORLD OF AVIATION

State-of-the-art engineering solutions allow for unparalleled visualization on our simulators. The in-flight audio will also match that of a real flight environment.

Many people are afraid of flying. This is a normal reaction when placed in an uncomfortable environment. Most people can easily keep these fears under control, but when fear takes hold, you experience what is known as a phobia. Phobias have a profoundly negative effect on our lives, & they must be addressed as serious concerns. Phobias are often detached from objective reality, & in many instances are irrational. Someone with aerophobia may have never flown before, but nevertheless, that person may be fearful. Comparably, they may be aware that riding in a car is much more dangerous, yet, they still may be unable to overcome their phobia.

Unfortunately, aerophobia occurs in many people. According to some researchers, up to 20% of people choose not to fly because of this condition. This is happening at the time when moving quickly & across large distances is essential in everyday life. Many types of activities & lifestyles rely on fast, efficient & most importantly, safe travel.

Often, people do not seem to overcome their phobias without getting some form of help. Although many people take medication or drink alcohol, panic attacks happen time & time again. Psychologists have developed methods for overcoming aerophobia, which allow people to return to normal life & stop imposing travel limitations on themselves.

One of the most effective methods for overcoming aerophobia involves virtual reality simulation, such as practicing on a flight simulator. The idea is to provide exposure in a controlled environment, followed by vigorous exercises, in an effort to overcome the fear. People are able to manage their panic attacks more successfully knowing that things are under control. To some extent, this is similar to the difference of what you experience being the driver versus the passenger.

A SENSATIONAL & LASTING EXPERIENCE, BRINGING YOU AS CLOSE AS POSSIBLE TO PILOTING YOUR OWN BOEING 737 NG PASSENGER AIRLINER

The cockpit of our flight simulator is situated on a moving platform that fully replicates the physical dynamics of a flight in full detail. As you accelerate during take-off you will experience every bump on the runway & you will feel the power of lift-off & the climb. The platform responds to every move the pilot makes & accurately portrays each & every in-flight condition (roll-offs, turbulence, etc.).

Our platform is powered by a high-output hydraulic control system. The full motion cockpit, vivid visuals & real sounds create the most realistic imitation of a flight aboard a Boeing 737.

To this day, the Boeing 737 remains to be the most popular & widely used twinjet airliner in the world. This long-range, narrow-body jet is also the heaviest passenger carrier in history of aircraft engineering.

Three generations of the Boeing 737:

The Boeing 737 Classic Series (1984) earned the reputation of being reliable & safe aircrafts. This reputation made the aircrafts highly desirable & increased in demand over the years.

The Boeing 737 NG Series was designed in response to a new competing model, the technologically sophisticated Airbus 320. The Boeing NG features a digital cockpit, a 5.5 meter increase in tail & wingspan, as well as a new & improved engine design.

The design of the passenger cabin is similar to that of the 757 & 767 models. The Boeing 737 NG Series can be seen as a modified & improved Classic 737 Series.

When comparing previous models to newer ones, functionalities of the life support systems have largely remained unchanged, however, new modifications have considerably improved take-off & landing procedures, & significantly reduced the rate of fuel consumption.

To provide the best experiences, we and our partners use technologies like cookies to store and/or access device information. Consenting to these technologies will allow us and our partners to process personal data such as browsing behavior or unique IDs on this site. Not consenting or withdrawing consent, may adversely affect certain features and functions.

Click below to consent to the above or make granular choices. Your choices will be applied to this site only. You can change your settings at any time, including withdrawing your consent, by using the toggles on the Cookie Policy, or by clicking on the manage consent button at the bottom of the screen.